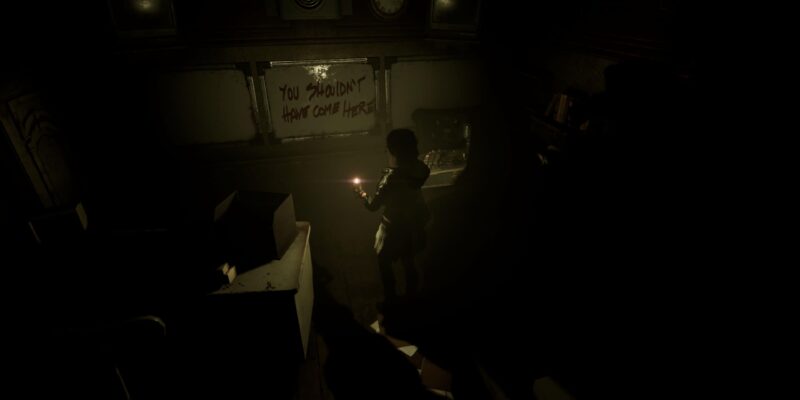 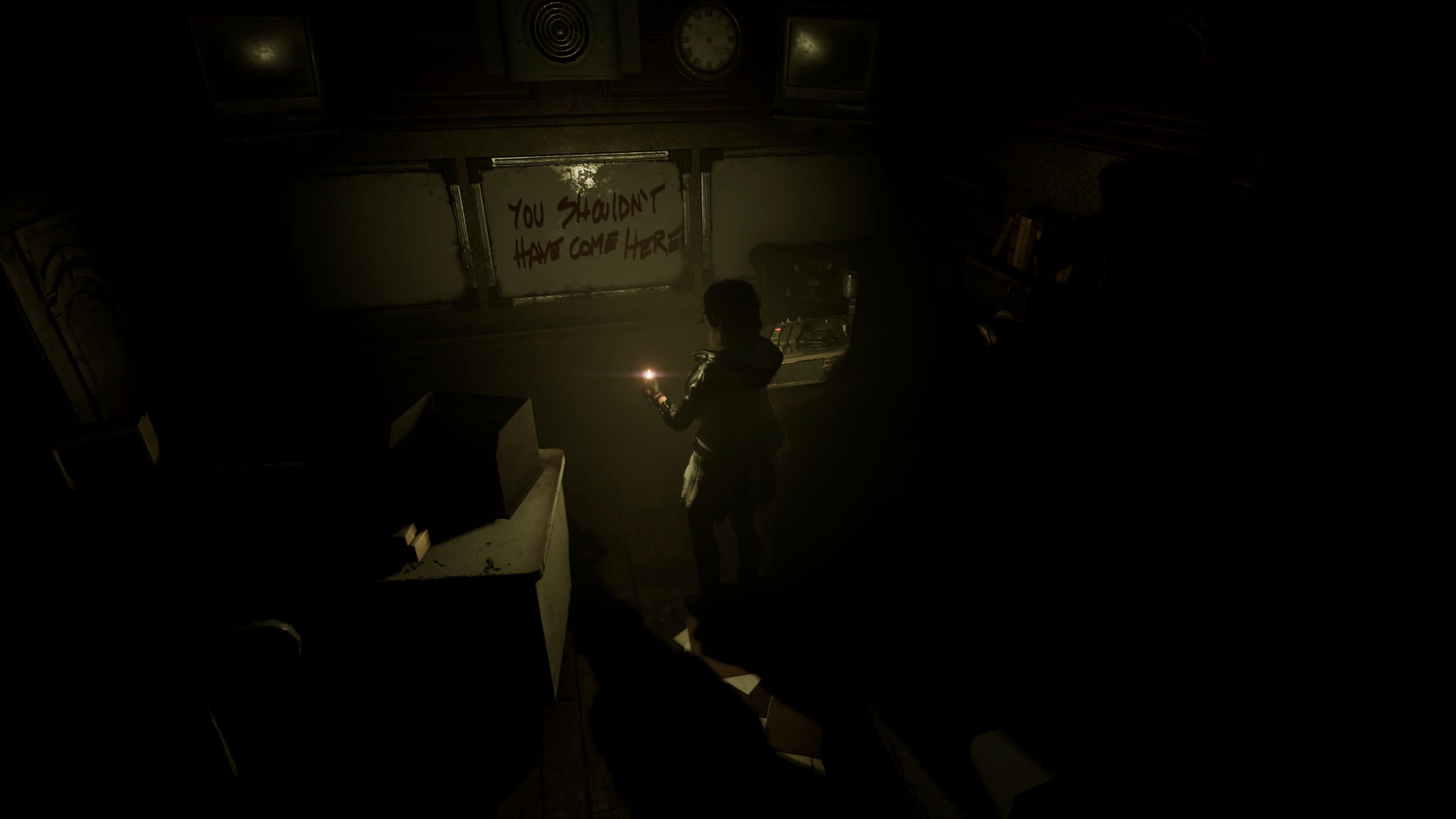 As the end of summer draws near, all the things that make us go jump in the night and sleep with our security blankets come out from the woodwork. It’s time for all the spoopy scary movies and video games! Which is why I was super excited to get my hands on Tormented Souls. Trailers gave me the nostalgic tingles and games set in Canada are always a huge plus. So I dimmed the lights, kept the curtains shut, and had a pillow fort on standby. Have to set the mood, right?

Tormented Souls kicks off with our unassuming heroine receiving a suspicious letter in the mail. Sent from a hospital in rural Canada, the only item inside is an old photo of twin sisters. Seeing this image triggers some sort of mental headache, but of course this only serves as the driving force for her to investigate. Upon her arrival, she finds the building abandoned and in an awful state of disrepair. Attacked from behind, she wakes up in a disgusting bathroom naked in a tub with a respirator shoved down her throat. Scrawled in blood on the wall is a warning: “Do not let the shadows embrace you.”

Tormented Souls Review – Another Girl in a Creepy Mansion

There’s no doubt that the inspiration for Tormented Souls was the original Resident Evil. From the young woman stumbling her way through a creepy old mansion to the test subject monsters stalking her in the hallways, this game screams classic survival horror. Caroline’s story draws on other common horror tropes, too. Like being built on an indigenous burial site. The mysterious deaths of a mother and her twin daughters. A husband so wrapped up in merging his scientific background with the occult. A lot of bits and pieces taken from here and there only to be smooshed into a story that fits the “young woman trapped in a house” narrative.

But story is only part of the experience. The Wildberger mansion is gorgeously macabre. Maintenance has long abandoned this hospital. Fuses are missing, lights are busted, the elevator is broken. All of these obstacles make it extremely dangerous. You never know what lurks just around the corner. The dynamic lighting as Caroline cautiously walks or jogs through the hallways with just a lighter in hand is stellar. And the use of fixed perspectives is a familiar feel, while transitioning from one section of the map to another is relatively smooth. Even the musical score evokes memories of the Resident Evil series.

What is a horror game without its monsters? Tormented Souls primarily boasts mutated and genetically modified human test subjects. Most of these creatures are killable. Pump a couple extra shots from the nailgun into them or thwack ’em a few more times with the crowbar to render them kaput. Some are strategically stuck to walls, making narrow hallways difficult if you don’t deal with them first. There’s also the wheelchair baddies that can unrealistically wheel themselves up flights of stairs. Ammo isn’t super scarce but it’s important to approach enemy carefully. You don’t want to find yourself defenseless.

Puzzles are a necessity in survival horror games, and there are plenty in this one. Most simply require finding an object or two, combining them, and putting them in the right spot. Locked doors with special symbols need very particular keys hidden inside the mansion. It’s a lot of trial and error and searching every inch of every room you take Caroline into. And backtracking, as is tradition with this genre. A pre-launch patch added helpful icons to the maps you collect. If you forgot where the save rooms are or which doorways require special keys, it’s now on the map.

I have a love/hate affair with fixed perspective games. For the most part I enjoy them; I walk into a space and have a nice, solid view of it. It’s the way controls shift as you push further in and the camera angles change that mess with me. And honestly, while there were a couple of spots where this did irk me it wasn’t too bad overall—except for one very poor angle which was completely obscured by a dead wheelchair monster. I understand why it’s nice to leave corpses on-screen (it is a horror game, after all), but I would have appreciated a way to toggle that on or off so as not to have my entire screen a close up of a dead boogeyman with me unable to see what the hell I was doing. Additionally, it seems the run function only works while using the clunky “tank controls,” so if you choose a different control scheme, you’ll be rendered unable to move fast.

One of the big misses with this game is the voice over and subtitling work. Caroline’s voice actor comes across way too stiff (but props for saying the “sorry” correctly, like a proper Canadian!) and her spoken lines often do not match the mandatory subtitles. Some of her lines are cumbersome and awkward, too. Then there’s the fact that one of the characters she interacts with completely ignores half of her questions. It’s just sloppy. There are some bits of those classic horror games that don’t need to be replicated and this is one of them. I’m hoping this was just an oversight and will be fixed in a future patch.

Another small peeve is the amount of backtracking I had to do. Don’t get me wrong. I am down for some backtracking, especially as you get closer to the end of the game. But sometimes it just felt like the developer was making me backtrack too much for the sake of having that aspect in the game. Nothing takes the wind out of your sails like having what should be a fun experience turn into a monotonous chore.

I wish Tormented Souls had a story to match the amazing visual work. I get imparting the tale via personal journals but pairing that with characters that pretty much ignore Caroline’s direct questions and statements regarding it is just sloppy and uninspired. This could have been a game that left me with my hairs standing on end and delicious goosebumps. Instead, when Caroline’s screams persisted through the continue screen and bled into my game it ate away my desire to pick the controller back up. Not enough morphine in the world to make me want to suffer through  this again.