It’s 2021, almost 2022, and that pesky COVID-19 pandemic is still putting a damper on in-person events. Still, Digital Extremes has been busy working on their ever popular (and free) game Warframe, and invited us to a special hands-off virtual demo of their latest upcoming expansion, The New War. Rebecca Ford, otherwise known formally as the Director of Community and Live Operations at Digital Extremes, and also the voice actress behind The Lotus, guided us through some new sections of the forthcoming expansion, and we have a preview ready for you below.

So, what’s new this time? The main attraction is in the title, The New War. This is a brand-new cinematic quest, something Digital Extremes has released plenty of in the past. When asked during the demo, Rebecca stated it took her approximately four hours to complete, and she knows exactly what to do. This story takes place over three acts, which will apparently resolve some storylines that began as far back as 2015. This includes the Lotus, Erra, and Ballas. Not familiar with these characters? Well, you will be by the time you finish the 14 quests required to play the new content. Yes, this campaign has a lot of quests that are required to complete before you can even begin The New War. The payoff should be worth it, though, for veterans of Warframe who have been waiting patiently these past several years to see what is to become of the Lotus and the rest of the key characters.

There are also new playable characters who are neither a Warframe nor the player character Operator. The story involves three factions forming a shaky alliance in order to bring down the much larger threat that the Sentients pose. Thus, Tenshin from the Tenno clan, Kahl-175 from the Grineer, and Veso from Corpus Tech are all playable during key chapters in the campaign. This will be a first for players controlling anyone other than their Operator or equipped Warframe, and it will be interesting to see how the feel of gameplay adapts to these new characters.

Beyond the new campaign, a new Warframe will launch alongside the expansion. Named Caliban, he is actually a hybrid of Warframe and Sentient technology. Design wise, he has a huge, bright, animated energy core and appears to be split right down its middle. Caliban has a passive ability that automatically grants resistance to whatever damage types they are currently being inflicted with, for as long as Caliban can take incoming fire. His active abilities can be combined to float enemies helplessly in mid-air, perform a deadly spin attack that deals extra damage to those floating, a tri-beam that inflicts a ton of damage, and he can also summon up to three Conculyst allies to fight for him. Personally, I always hated fighting Conculysts, so it will feel great to be able to summon some as allies for a change. As usual, while Caliban can be purchased using Warframe’s in-game currency known as Platinum, he can also be earned for free by players who are willing to put in the time to grind out the necessary resources. As usual, expect to play for dozens of hours in order to create the Warframe in this way.

Finally, the Prime Vault is being refreshed with The New War. Harrow Prime will be available for purchase, along with Prime versions of their weapons and accessories. While this content is unvaulted, players can either – you guessed it – purchase or earn these souped-up weapons and the Warframe. This is in addition to the ongoing Prime Resurgence event, which is offering up a limited amount of time to purchase or earn other Prime Warframes and related gear on a rotating basis.

This upcoming expansion for Warframe may have a lot of end-game content, but there is no rush to get to this stuff put upon the player. All requisite quests remain playable for all players, with no shortcut or item to purchase to unlock The New War. So, although the play time of the latest quest is estimated to be at least four hours, this is in addition to the 30+ hours most players will spend fulfilling all of the requirements to play it. At that point, most players will be invested enough to want to see it through to the end, especially with what happens to the game’s guide, The Lotus. 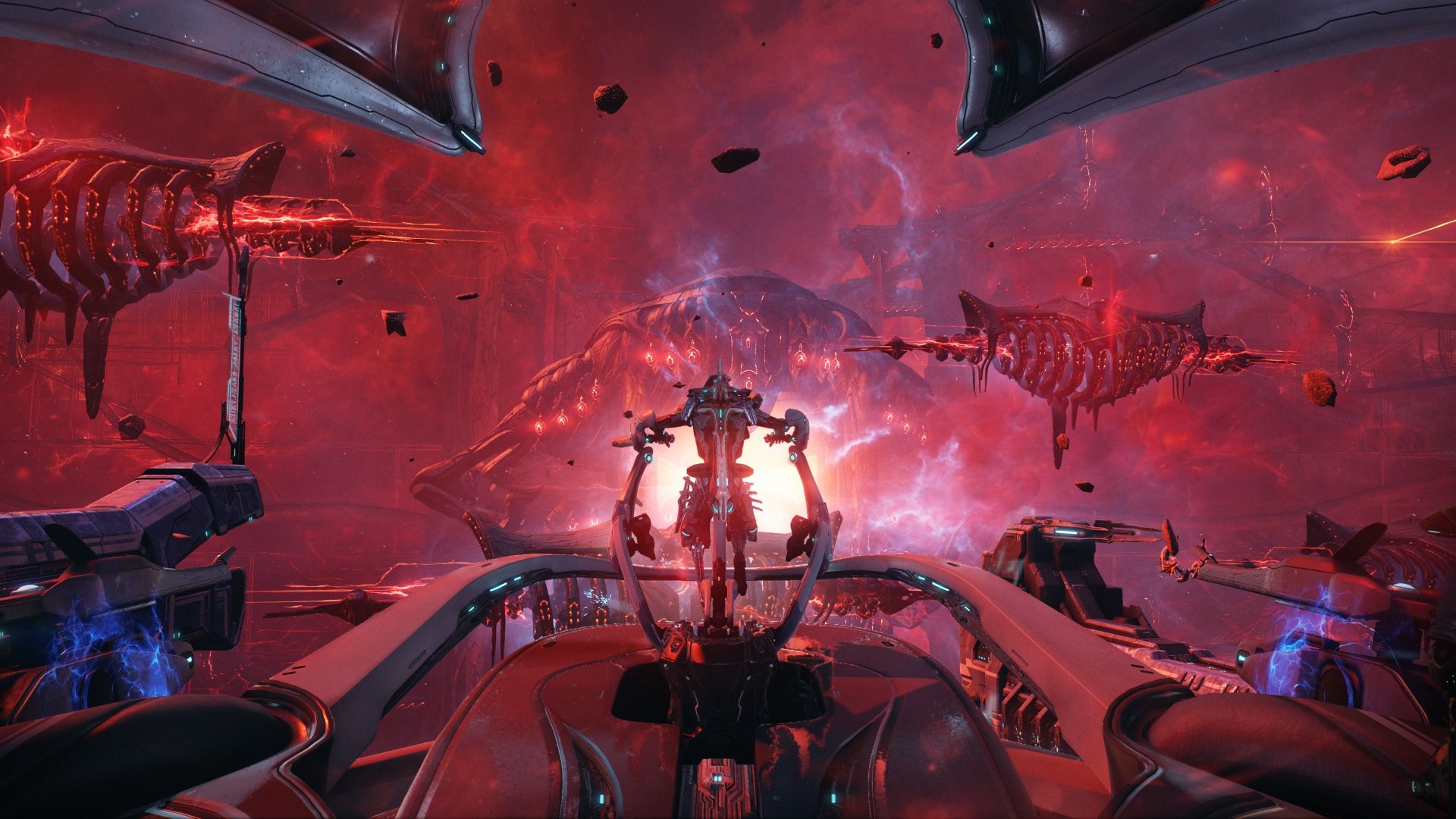 Warframe: The New War Preview – Are You Ready, Tenno?

As a long-time player of Warframe, I am excited to see some closure for a story that I began a whole console generation ago. It’s been fun following and reporting on a quick-paced, free game that I have spent hundreds of hours playing with my family. Sure, this expansion may not have a new open-world expansion which may be easier to point to and say “look, new stuff!” But it shows that Digital Extremes has been busy working to satisfy those of us who want to know what the ultimate fate of Space Mom and others will be, and not within a short quest but a full-on experience. As for new players, this content will presumably always be available should they opt to invest the time, which can’t be said for other free-to-play games after all.

Consistently near the top of the most-played games on Steam (the PSN has no comparable metric by which to use), Warframe is the game that keeps on giving. The New War launches on the PlayStation 5, PlayStation 4, Xbox Series X|S, Xbox One, PC, and even the Nintendo Switch, on December 15, 2021. This time around, with completely different playable characters, and the lengthiest single-player cinematic campaign to date, long-time players have a big reason to jump back in, while new players have the promise of that much more to see and do if they only invest the time. Note that we only said time, and not time and money – after all, Ninjas Play Free.

PlayStation LifeStyle would like to thank Digital Extremes for their time and resources during their digital presentation.

The post Warframe: The New War Preview – It’s All Led to This appeared first on PlayStation LifeStyle.