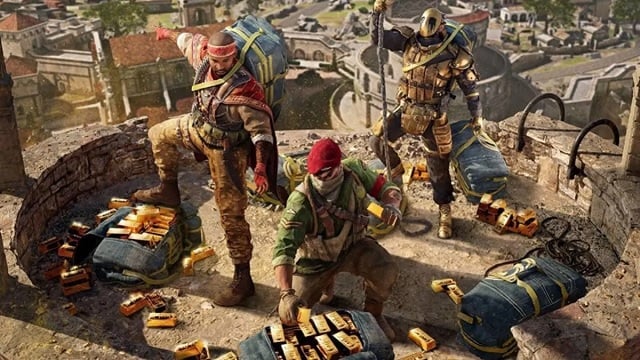 Will Plunder mode come to Call of Duty Warzone 2?

Neither Infinity Ward, Raven Software, nor Activision have confirmed that Plunder mode will be coming to Warzone 2. The rumors started after a video from Youtuber tiktokalnuke (thanks eSports.net) seemed to show part of the Al Mazrah map and glitched map icons could be seen as the cursor scanned over the different map features. The icons told players they could “Call In a Cash Deposit Heli”, one of the main features in Plunder mode that isn’t used anywhere else.

Plunder was removed from Warzone back in August and hasn’t been seen in either game since. The catch is that the new DMZ mode is a fairly similar replacement, and it could be that this glitched feature may be integrated into that mode at some point instead. Alternatively, it could just be a bug and we’ll never see Plunder mode again. Only time will tell.

In other Warzone 2 news, the game runs better on PS5 than it does on Xbox Series X|S, possibly because it has up to 120 FOV.