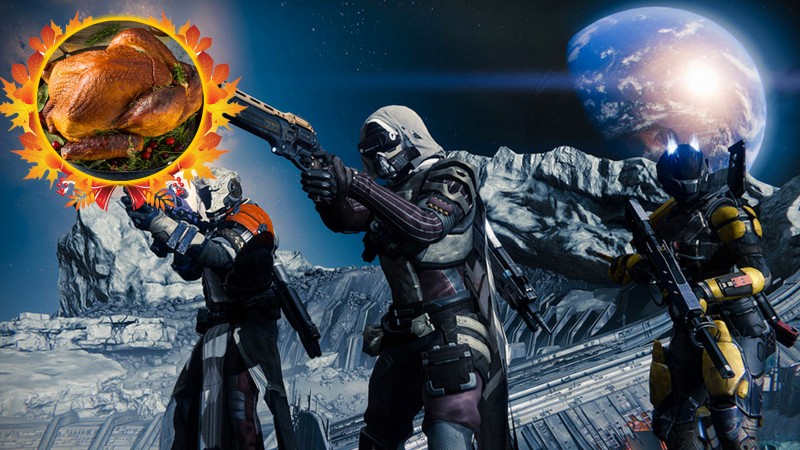 Hey, look, it’s almost Thanksgiving (AKA Black Friday’s Eve)! Soon, those of us in the U.S. will spend the day chowing down on all manner of homecooked foods. If you’re reading this, odds are you’ll be spending just as much time catching up on the year’s best video games. It’s a lot like treating yourself to a digital feast, and given that Thanksgiving dinner is, scientifically speaking, the perfect assemblage of food, there’s only one way to determine the best combination of games you can play. We must figure out which games are most similar to a classic Thanksgiving dish. Science demands it! 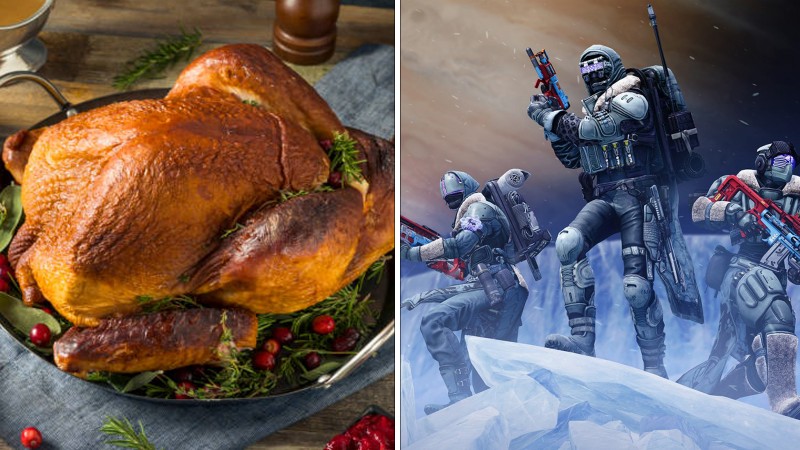 Like Thanksgiving dinner’s main attraction, Destiny 2 is reliable and familiar. Sure, it can be a bit bland at times; you know exactly what you’re getting with a few surprises. But there’s no denying that it feels great to experience, plus that fun often lasts days after you’ve initially dug into it. Unfortunately, if you take too long to come back for seconds, you may discover that all the good parts are suddenly missing. 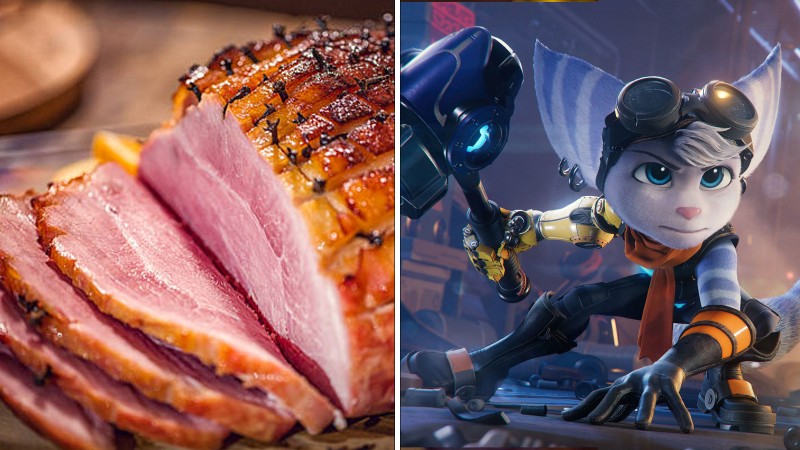 Ham often gets presented as turkey’s sidekick, but the right recipe can make it surpass even the tastiest birds. A game that might not be the obvious main event but still manages to steal the show? Sounds like Ratchet & Clank: Rift Apart to me! Like a good holiday ham, Ratchet & Clank is a consistently reliable addition to any gaming rotation and always manages to rival the best games of the year. Rift Apart is no exception and spices things up with its interdimensional gameplay and storytelling – like layering on a crushed ginger snaps cookie crust on a sweet ham glaze (try it). 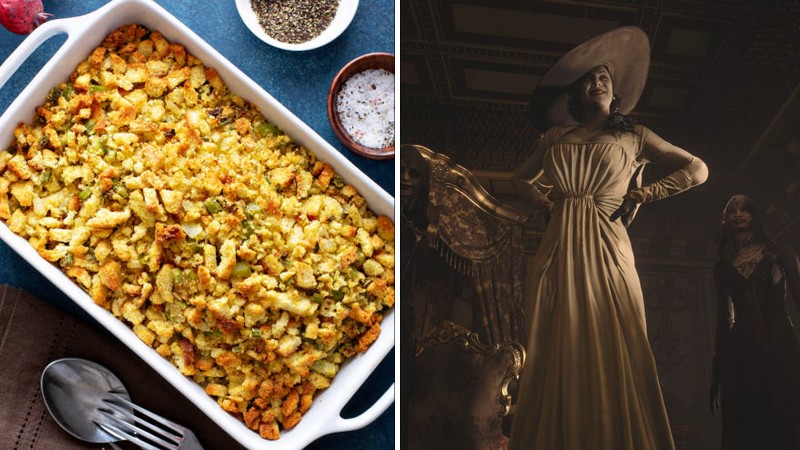 Stuffing is the scariest dish of any Thanksgiving table. Everyone has their definition of what makes a stuffing tasty (or edible, for that matter), which leads to disaster more often than not. Generally, the dish is a hodgepodge of flavors and textures. That reminds me of Resident Evil Village, an equally terrifying blend of experiences. The game cherry-picks the scariest elements of multiple Resident Evil games, such as 2, 4, and 7, mixes them up, then bakes them into one largely cohesive package. It’s stuffing in its most mouthwatering form. However, Village also features a lot of goo, much like your aunt’s famous stuffing, that you’ll pretend to enjoy as tears roll down your cheek with every chew. 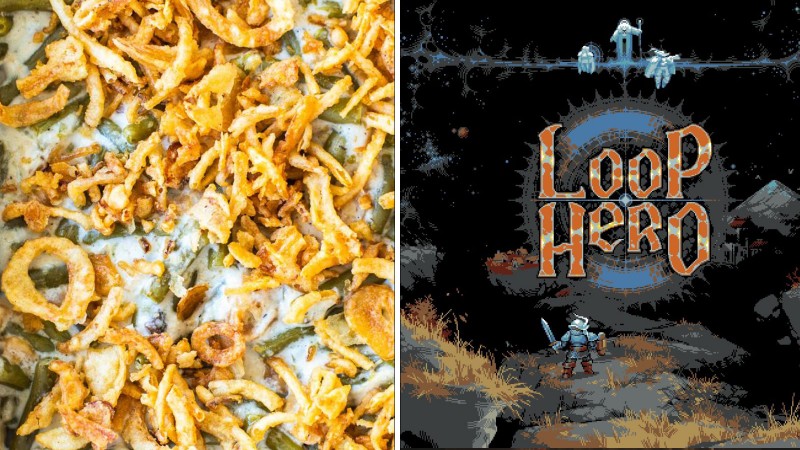 When I think of green bean casserole, I think of a dish that’s enjoyable, inoffensive, but also kind of weird and tends to be overshadowed by the larger offerings at the table – a unique B+ dish. Many games could fit that descriptor, but I’ll go with Loop Hero. Like a good casserole, Loop Hero combines several flavors – roguelite progression, city and deck-building, and good old-fashioned role-playing strategy – in an inspired package. Once you dig into Loop Hero, it’s hard to stop and becomes as comforting as the best green bean casseroles once you get your bearings. It probably pairs well with French fried onions too. 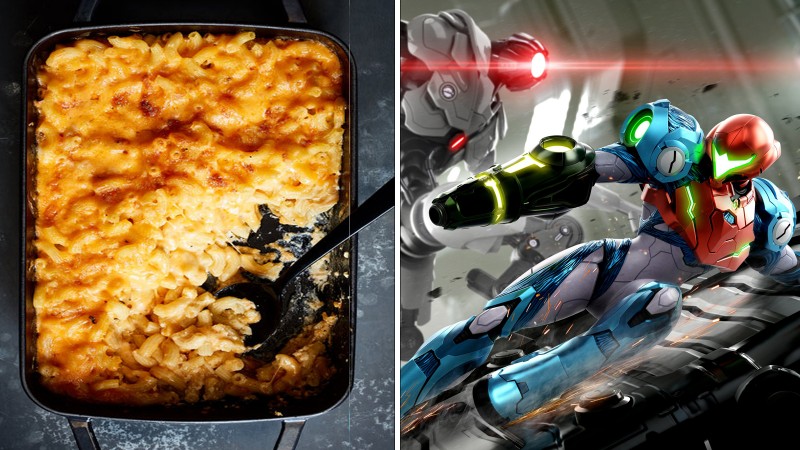 Turkey is cool and all, but we all know mac ‘n cheese is the lowkey MVP of every holiday dinner. Everyone loves it, and it’s absurdly difficult to screw up. Best of all, it’s comforting. Metroid-style games sport a similar coziness, and who executes those experiences better than Samus herself? Metroid Dread serves up a winning rendition of a familiar formula, making you feel like a kid playing Super Metroid or Metroid Fusion all over again. It also sprinkles new twists in the form of nigh-indestructible E.M.M.I.’s, which Samus must evade. Though only a handful of these robotic terrors are present, their inclusion rockets the game to new heights. It’s kind of like adding savory bacon bits to mac ‘n cheese. Okay, I’m starting to get hungry. 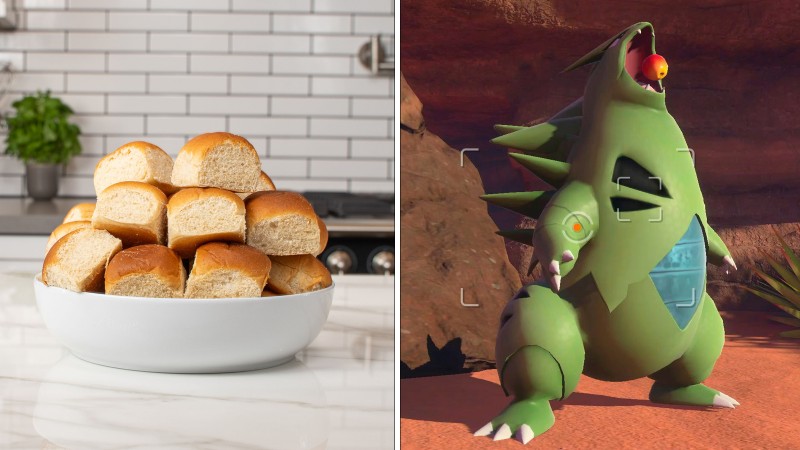 Taking bites from a fresh, warm roll in between shoving larger dishes into your mouth is heavenly. Ideally, you don’t want to fill up on the bread; bite-sized chunks are the way to go. I approached New Pokémon Snap the same way and found it the best way to experience it. I fill up on its gameplay quickly during extended sessions but completing a mission or two here and there keeps the photo-centric action from getting stale. And nobody likes stale bread unless you’re planning to use it later for croutons or French toast in the morning. 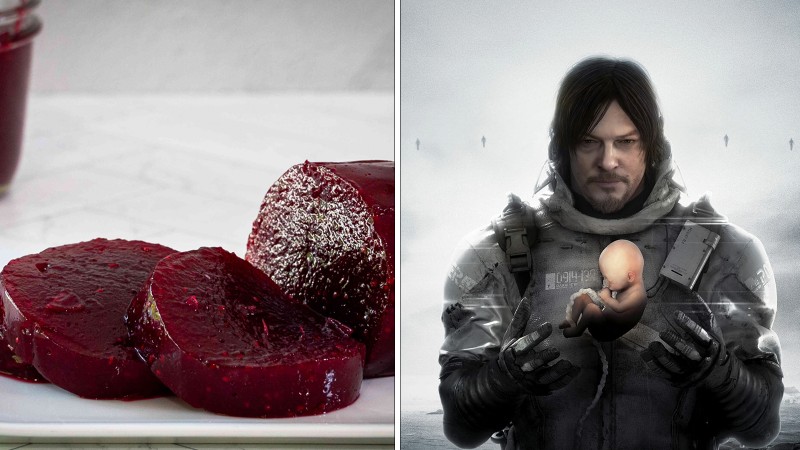 No one really knows why cranberry sauce is such an omnipresent part of the Thanksgiving meal. It often just sits there in a fancy dish, and most people aren’t even sure how to eat it. Do you spoon it into your mouth as is or pair it with the turkey? It reminds me of Death Stranding, a similarly polarizing and confusing oddity that, despite itself, has its share of rabid fans. Like cranberry sauce, Death Stranding can be sweet in spots but is perhaps best experienced in small portions to determine if it’s in your wheelhouse. 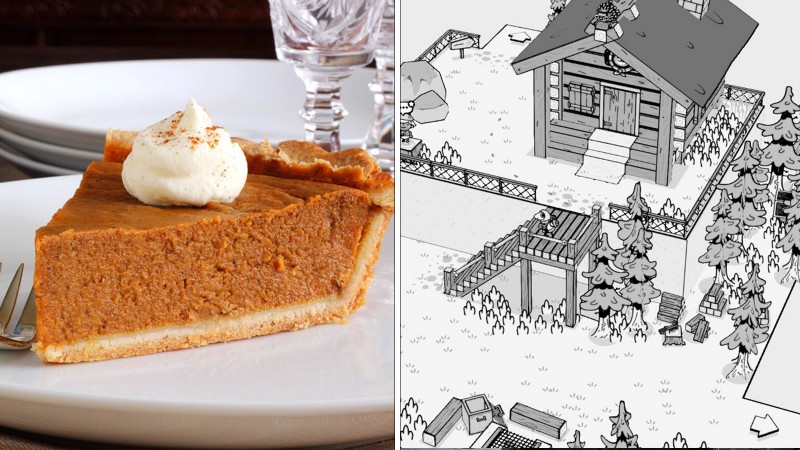 After all of that food, you’ll want to chase it down with something short and sweet. Might I recommend Toem, a brief yet charming adventure game about solving photo-centric puzzles? Most riddles are simple, so you won’t need to flex your gaming fatigued noggin too much. Plus, you won’t stop smiling at every friendly stranger or their humorous problems.

Do you agree with these picks or do you have a different game that feels like a better “turkey”, so to speak? Let us know in the comments!

By World Games18 mins ago0