Xbox announced a new wireless headset for Series X and S earlier today, but attentive fans may have actually caught a glimpse of it in a trailer last year. 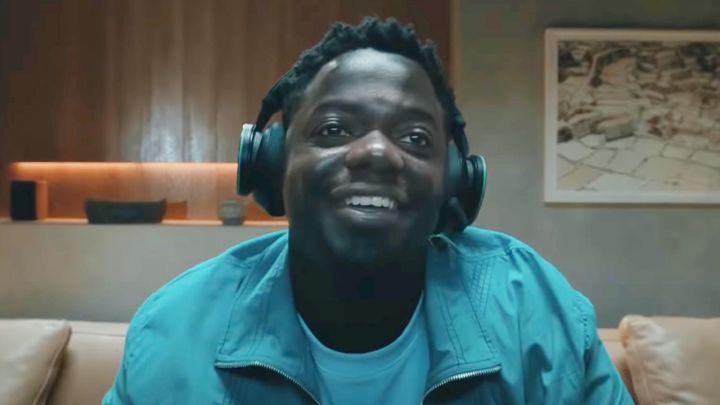 In an October trailer titled “Power Your Dreams,” a giant CG avatar of Get Out star Daniel Kaluuya boots up an Xbox Series X and does a bunch of awesome video game stuff, including growing to 80 times the size of a planet and donning the Master Chief suit. Before all that, he dons a pair of Xbox’s new wireless headphones, a giant smile growing across his face before he’s teleported into space. Check out the trailer below.

Xbox social media manager Josh Stein confirmed the easter egg on Tuesday, adding that he wasn’t sure if other easter eggs existed in the trailer.

The Xbox team is quite fond of hiding their latest hardware and other easter eggs in videos. During the Game Lab 2020 Keynote Fireside chat, Xbox head Phil Spencer spoke with interviewers while the Xbox Series X was sitting on his shelf in the background the entire time.

The new wireless headset may not actually transport you to different dimensions, but at $99.99, it’ll work with both the Series X, Series S, and Xbox One and will allow for spatial audio. The headset supports Xbox’s suite of 3D audio systems: Windows Sonic, Dolby Atmos, and DTS Headphone: X. If you’re more of a PC Gamer, it’ll work there, too.

The headset is available starting on March 16, but you can pre-order it on Amazon or the Microsoft Store now.

Joseph Knoop is a writer/producer/easter egg hunter for IGN.

Overwatch 2 Is Getting Cross-Progression, and Account Merging Is Coming for the Original Game

Xbox Might Be Teasing Death Stranding for PC Game Pass

XIII: Get a First Look at the Remaster of the Disastrous Remaster