Japanese horror has been a worldwide cultural mainstay since the release of The Ring back in 2002. Movies like Ju-On combine Japanese folklore and urban legends with realistic and modern settings, resulting in a perfect mixture of suspended beliefs that can leave audiences looking over their shoulders in real life. The genre frequently features hospitals, schools, and traditional Japanese houses; locations that people often frequent (at least if you live in Japan).

Yuoni falls neatly into this exact formula. You play as Ai, a shy 10-year-old schoolgirl who is forced into participating in a ritual with her schoolmates at an abandoned hospital. As with literally every ritual ever done in horror media, it awakens the spirit of a boy named Tsun who passed away from sickness years before. Tsun then forces Ai to play a version of hide-and-seek in a strange, otherworldly dimension filled with eerie-looking specters that attack on sight. The only way to escape, she’s told, is to find and burn a creepy-looking doll before Tsun finds her first.

That description in itself was enough for me to get interested in Yuoni. And for a while, the game really does deliver on that promise. After the first two levels, however, it becomes clear that what you encounter in the first 15 minutes of the game is basically the entire game.

There are essentially three different enemies (four if you count the “boss” of each level) that are scattered about each level. The levels themselves consist of strangely interconnected school classrooms, hallways, hospital waiting rooms, hallways, and traditional Japanese rooms and—you guessed it—hallways. The main goal of the game is to find the doll at the end of each level, rush back to the starting room, and take care of the freaky-looking thing. When you pick up the doll, a special “boss” spirit—an inexplicable jumble of floating eyeballs—begins chasing the player as you make your way back. The situation forces you to remember which path you took to get there in the first place, all while Ai’s life hangs in the balance.

Now, when it comes to horror games, there’s no limit to the ways in which you can be scared out of your pants. The classic Resident Evil games relied on fixed viewpoints and limited ammunition to instill panic and fear into players. Alien: Isolation forced players to learn the behavior of the signature xenomorphs while keeping them on their toes with infrequent jump scares. Silent Hill used low visibility and ambient noise to instill a constant sense of fear. The core component that all these games share and arguably what makes them so damn scary, however, is a constant sense of weakness; no matter how “prepared” you are, a new enemy or situation could easily make you feel vulnerable again.

Yuoni, unfortunately, does not achieve this in the slightest. I initially expected there to be some sort of new location or enemy—something to keep me on my toes—but what you see in the first level is all there is. While there may be some new tricks from the second level onwards such as doors that slam shut on their own, or demented dolls that laugh when you get close, the core components stay unchanged. 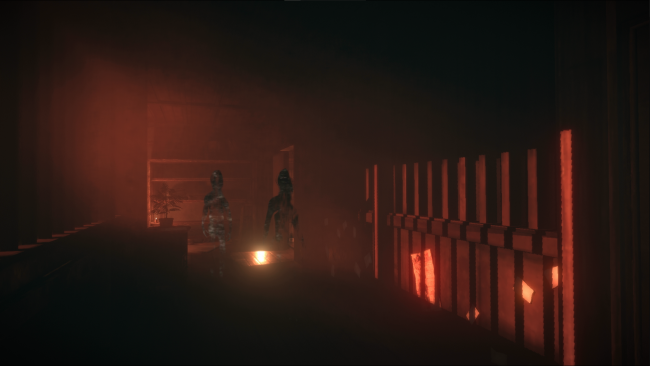 The three enemy types include a standard spirit that has poor sight but can alert other spirits if you make too much noise; a larger, dangerous spirit that has good eyesight but poor hearing that can hurt Ai; Tsun himself, who walks around and will “find” Ai if she’s too loud; and the boss spirit who can phase through walls. There are also environmental hazards that can alert nearby spirits, forcing the player to hide in a nearby closet or under furniture.

However, the enemy AI is so unbelievably stupid at times that I could hide in a closet right in front of pursuing spirits without getting caught (though there were rare occasions where I was yoinked out). Furthermore, the levels become even easier once you figure out that most spirits don’t even get alerted as long as you hold your breath near them. At which point, the only real dangers become Tsun and the larger spirits, who are generally on set patrol paths.

Yuoni Review – Looks Can Be Deceiving

Don’t get me wrong; Yuoni’s levels look absolutely terrifying. The school levels are strikingly realistic, bathed in the off-putting reddish glow of a setting sun. The hospital levels are dilapidated and rusted over, with strange static-filled television sets and tossed aside empty hospital beds. The traditional Japanese houses are occasionally bloodstained, with some rooms featuring rows upon rows of Hina-ningyo.

For what it’s worth, the designers seem to have put some effort into making the rooms look natural and lived-in. One in particular, a study room filled with books and a leather chair, genuinely looks like it would belong to a person living in an older Japanese house, even down to the type of lightbulbs used. Furthermore, little details such as doll heads turning towards you once you’ve returned to a room, or religious seals covering a door left ajar, leave players asking the obvious: “What is the story here? What happened in this room?” 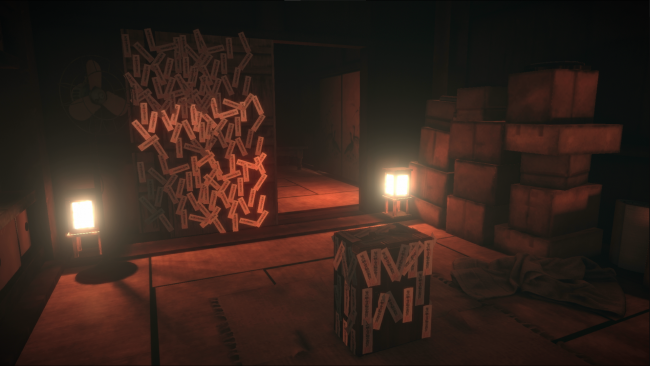 Unfortunately, Yuoni also seems to have a habit of reusing the same rooms over multiple levels, either intentionally or unintentionally. This level design makes sense from a gameplay perspective; each level reiterates on the last, adding rooms and becoming more complex and difficult to navigate. However, I quickly realized that the game was reusing entire rooms without changing so much as the position of a book or chair. The result was that, by the end of the game, the rooms lost their luster and began feeling repetitive—a true feat for a game that takes only about 4 hours to complete.

Worse yet, the aforementioned fine details don’t actually matter to the story. The dolls, the religious seals, the study room, none of these details actually influence or add any key information or insight about the game’s characters or story. Even if there was something that served as a reference to the story, it was impossible to tell. 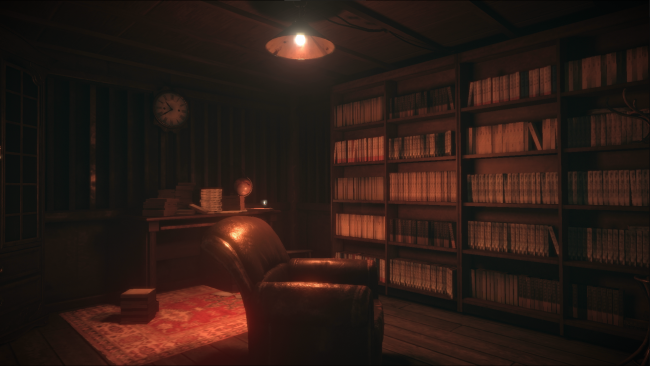 Yuoni’s story is probably its strongest aspect, and arguably the only thing that makes the game worth playing. After completing each level, players are shown a brief, text-based scene featuring Ai and her schoolmates at school. Ai, who is unable to speak due to unknown reasons, ends up listening in on conversations between her friends after the ritual takes place. It’s then that her schoolmates begin to notice that each of the members that took part in the ritual was going missing one by one, and begin to fear that Tsun may be the cause.

Avoiding major spoilers, each level is represented by the trauma, negative emotions, and insecurities that each child faces. As you progress through the story, not only are you haunted by the spirit of Tsun, but by the traumatic experiences of the characters as well. When the floating-eyeball spirit speaks, you hear the voices of a character’s abusive grandfather, neglectful foster parent, or manipulative older sister. And Ai’s eventual alienation, both from her parents as well as her peers (because they’re missing or dead), is what ultimately made me root for her.

That being said, much of the character development did seem a bit rushed at times. This is likely a consequence of trying to fit in narrative storytelling in a few paragraphs between gameplay. Each character is only talked about briefly between levels and then promptly forgotten about, and I really wished Tricore could have added more than just visual novel-style text boxes.

In the same vein as the detailed rooms mentioned previously, none of the level designs add any special character-specific details either. As representations of each character’s inner insecurities, you’d think that there would be some sort of unique aspect to each level. Maybe some pictures here, or a tool there, something. Instead, each room is the same as every other until the very last level, where there are a few more gimmicks and jump scares which—once again—have absolutely no connection to the story whatsoever.

It’s only until you get to the New Game+ (and yes, there is a new game+), where you finally get some more lore and backstory related to the characters. However, this is also simply in the form of collectible “archives,” of which there are five documents scattered in each level. The documents are told from the perspective of each child, detailing the abuse and negative thoughts they’re having. But again, Yuoni falls short by relegating what little narrative uniqueness it had to a few sentences in an optional text box on a second playthrough of the game.

There are tons of other games that already do what Yuoni attempts to do, and do it way better. Spend your $20 there instead.